Alsyd Eabidin    November 30, 2021    Tourism in America , Tourism in New York
Tourism in New York City, which never sleeps and the beating heart of the United States of America, is considered one of the best tourist cities in the United States of America and the world. It embraces many famous landmarks in the world such as the Statue of Liberty, Central Park, one of the largest world parks, the famous Times Square and others. 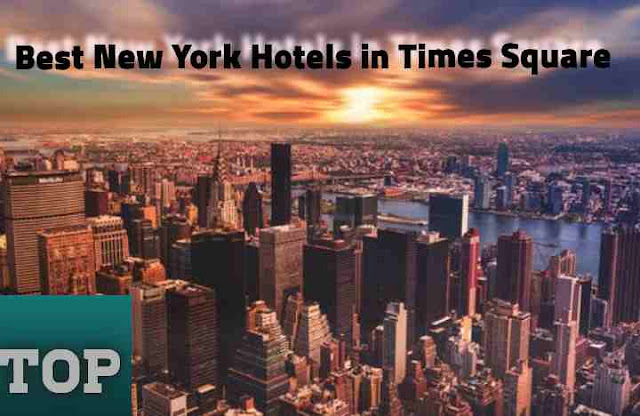 New York has a variety of restaurants in the United States of America that embrace the most famous international cuisine, and shopping has a very special flavor in this city, while New York hotels vary between luxury, upscale and medium to suit different budgets.

In this topic, we will highlight America's hotels located in or near Times Square, which are some of the best places to stay in New York. 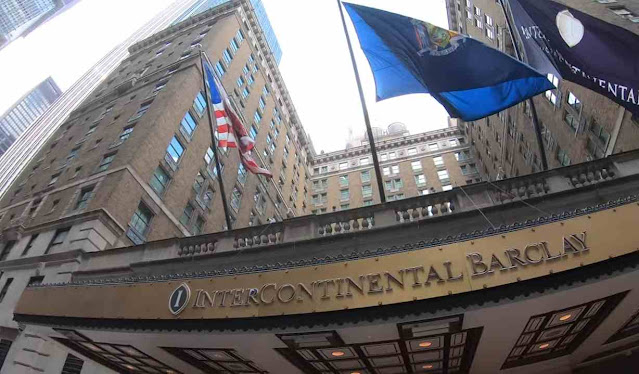 Very good luxury hotel. Good for sightseeing with access to public transportation.
The InterContinental New York Times Square is conveniently located near all of New York City's airports and within blocks of stops between Terminal and Grand Central. An underground station can be reached below the hotel.
Designed by global architecture firm Gensler, the InterContinental New York Times Square Hotel rises 34 stories above the dynamic development corridor of Eighth Avenue.
Joining contemporary icons are the Hearst Tower by Norman Foster and the New York Times Building Renzo Piano on the horizon.
Gensler's overall design derives from two distinct New York neighborhoods.
White glass along Eighth Avenue reflects the street's movement and its flicker, while the warm-colored granite of the 44th Street facade relates to the adjacent apartment buildings. Featuring a street-level restaurant and retail space, the six-story podium is surmounted by a sculpted glass hotel tower. 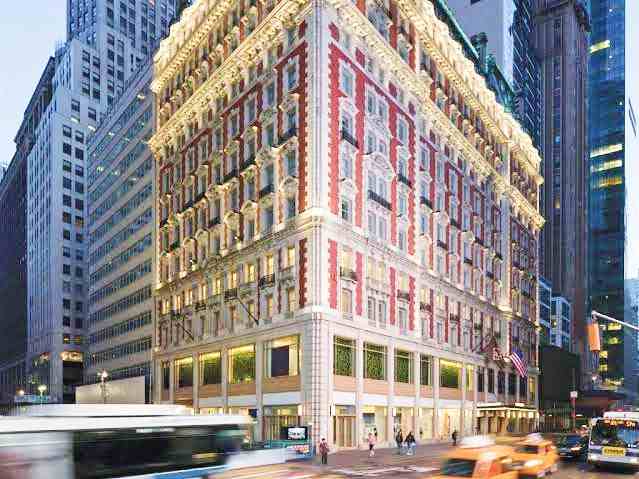 The best New York Times Square hotel, located in Times Square, is a short walk from the New York Public Library and near the Times Square metro station.
The area is a favorite for shopaholics as it has many famous brands. 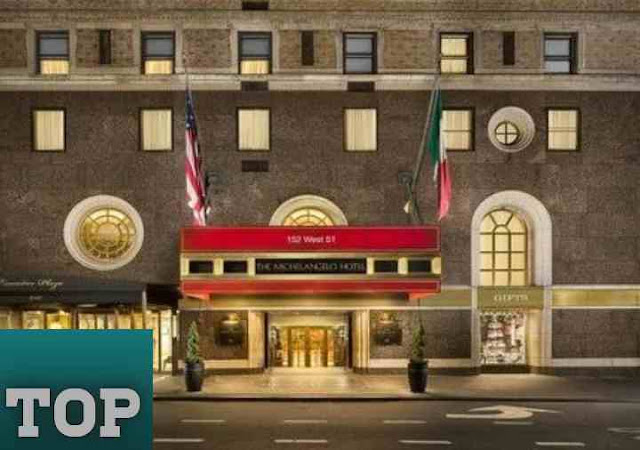 The Michelangelo is a few minutes' walk from the famous Times Square, close to the theatre, Radio City Music Hall and Central Park, one of the largest parks in the world.
The hotel is 1.6 km from the Empire State Building. 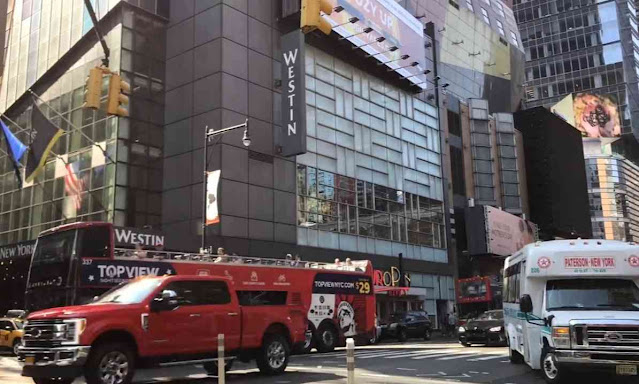 Opposite the Port Authority metro station on 42nd Street and a 10-minute walk from Penn Station, and one mile from Rockefeller Center, the Westin New York is one of New York's top Times Square hotels. 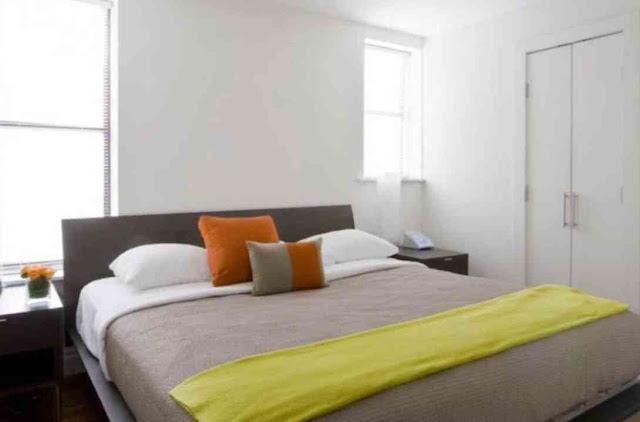 This hotel is conveniently located one block from Times Square and a few minutes' walk from Bryant Park.
You can walk to Radio City Music Hall in 10 minutes. 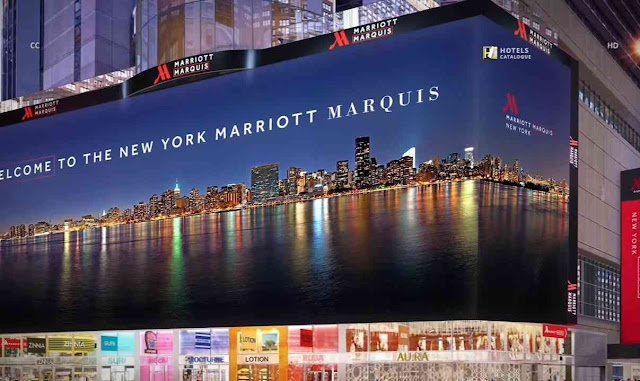 The New York Marriott Marquis is located in the heart of Times Square in the Broadway Theater District and features its own revolving rooftop restaurant.
The hotel is located just minutes from the stores of Fifth Avenue, and the area is ideal for shopaholics as there are many famous brands. 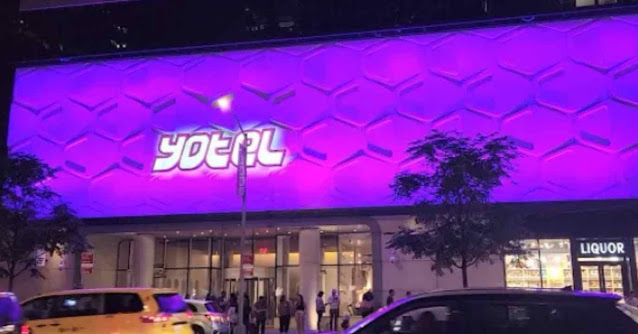 One of the best hotels in New York Times Square, it offers meeting and event areas, automatic luggage storage, and free Wi-Fi.
The hotel rooms are also equipped with a work desk, laptop safe, iron with ironing board and hair dryer.
The hotel is only 1 km from Times Square, while LaGuardia Airport is 14.8 km from the hotel. 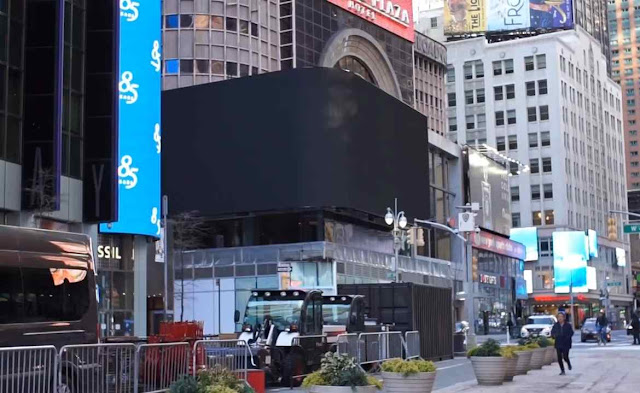 One of the best hotels in New York Times Square is within a few minutes' walk of Rockefeller Center and Radio City Music Hall.
You can walk to both the tube station and Central Park in 10 minutes. 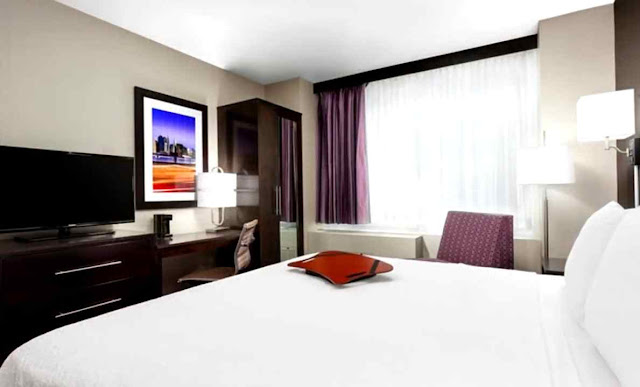