10 FAMOUS PEOPLE OF ANTIQUITY, WHOSE GRAVES HAVE NOT BEEN FOUND

In 2013, the remains of King Richard III were found in an unexpected location below a car park (car park) in Leicester, England. This shed light on how some of the tombs of famous historical figures have been found in the most likely places as the search and hunting continues. Some tombs may be lost forever, but the discovery of Richard III's remains revives hope that other lost remains will be found. Here are 10 famous people whose graves were never found and the stories behind their lost graves. 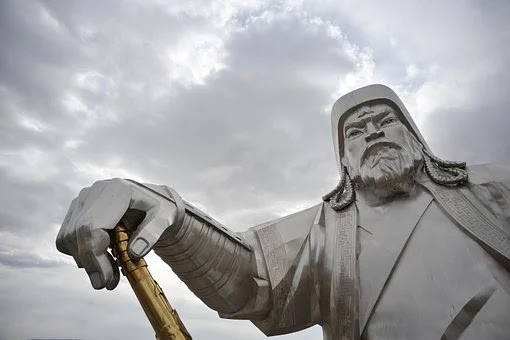 The fact that we have not yet found the final resting place of Genghis Khan indicates that the intentions of the Mongolian leader were fulfilled. Chinese and Persian sources indicate that Khan died in 1227 during a campaign in China and that his son returned his body to Mongolia.

Soldiers honored Khan's request to keep the tomb a secret. They apparently did this by concealing the tomb by trampling on it with 10,000 horses until the ground was level and they diverted a river above it to protect it from theft. They also killed anyone who witnessed the funeral so that no one could reveal the location of the funeral. It is now one of the most sought-after tombs among archaeologists, with many scholars believing that Khan was buried in the Khenti mountain range in Mongolia. 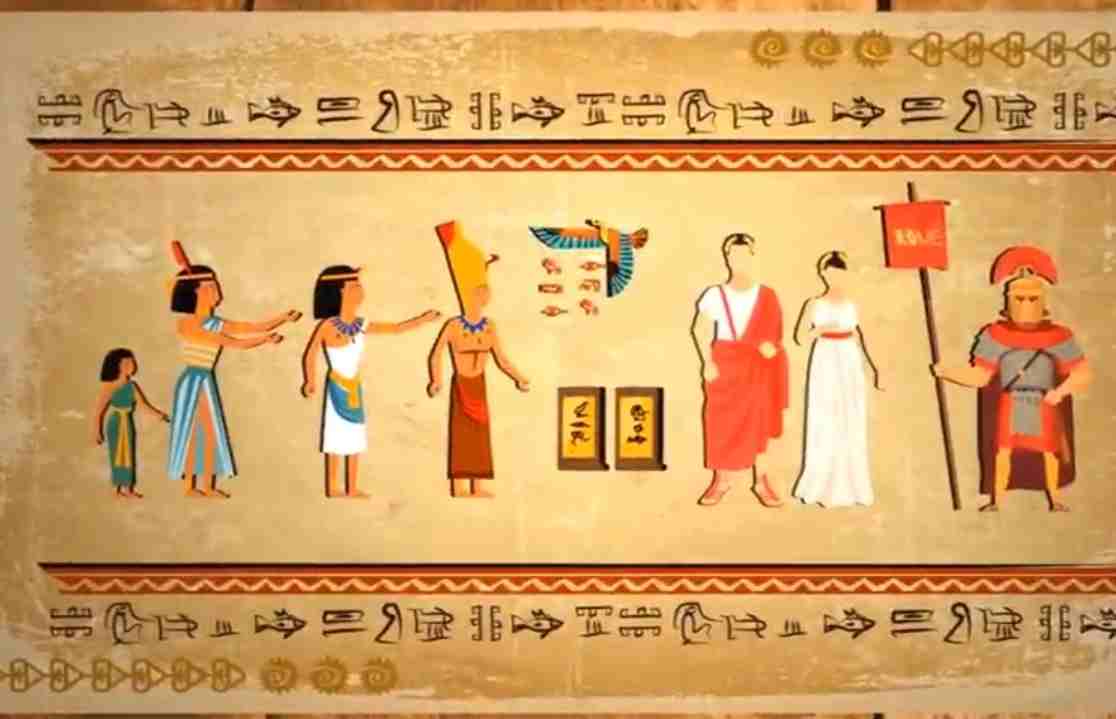 The couple's famous double suicide occurred around 30 BC after Octavian (later known as Emperor Augustus) chased them to Alexandria. While it is widely agreed that Mark Anthony stabbed himself in the stomach, there is still controversy regarding Cleopatra's death. Legend has it that she regretted biting her arm, while some say she was known to carry a deadly poison in her hairpins which she would have used, or she may have used a deadly "ointment".

The ancient historian Plutarch had a lot to say about their burials. He stated that they were buried "in a splendid and royal manner" in a cemetery near Alexandria, though he admitted that "what really happened no one knows." In 2009, archaeologists explored the Temple of Taposiris Magna in Obswer, Egypt. There they found a bust of Cleopatra, a mask believed to have belonged to Mark Anthony, and coins resembling her. All this indicates that the couple were not far from this site. There is some evidence that Cleopatra built a tomb for herself before her death, while some believe that their tombs lie on the ocean floor, with underwater excavations conducted over the years. 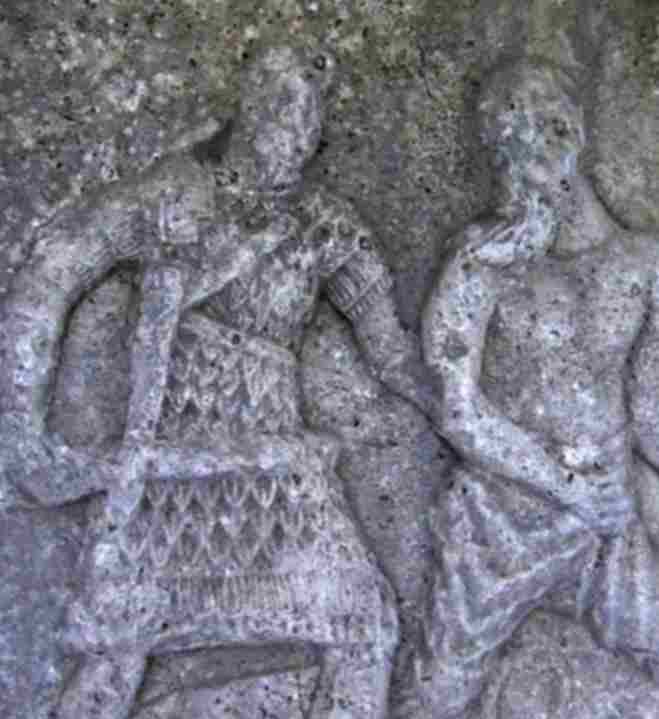 The Celtic queen led an uprising against the Romans, including a defense of excessive taxes, lost property, and enslavement under the Roman Empire. She died in AD 60, and although it is not known how she died, it is generally believed that she committed suicide in order to avoid capture.

Boudica's remains will likely never be found. Richard Hengley states that "It is unlikely that Boudica had a burial monument, most of the Iron Age people in this area were disposed of in ways that do not appear in the archaeological record." There are rumors that she was buried under platform 8,9 or 10 at London's Kings Cross station, but no traces of her have been found here or anywhere else. 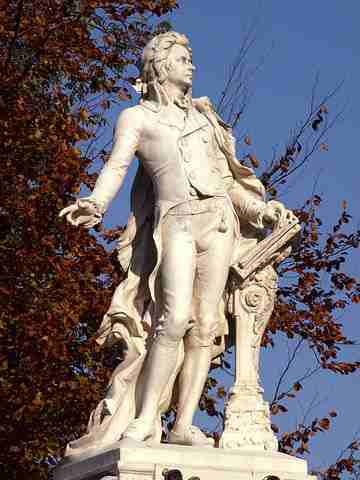 Everything surrounding the death of the composer is a mystery. In 1791, at the age of 35, he died in Vienna of a mysterious illness. He is buried in St. Mark's Cemetery, Vienna, and the funeral was arranged by his friend and patron, Baron Gottfried van Sweeten. The body was placed in a wooden coffin in a common grave. Despite what some people claim, this does not necessarily mean poor or a common grave. But according to local law, the graves can be dug up and reused after 10 years, which is presumably what happened with Mozart.

In 1801, a grave digger claimed to have recovered the skull, and by 1902, it had been handed over to the Salzburg International Mozartium. In 2006, scientists tested the skull to determine if it belonged to Mozart. Unfortunately, the results were inconclusive, and left a big question mark hanging over whether the skull was in fact his. 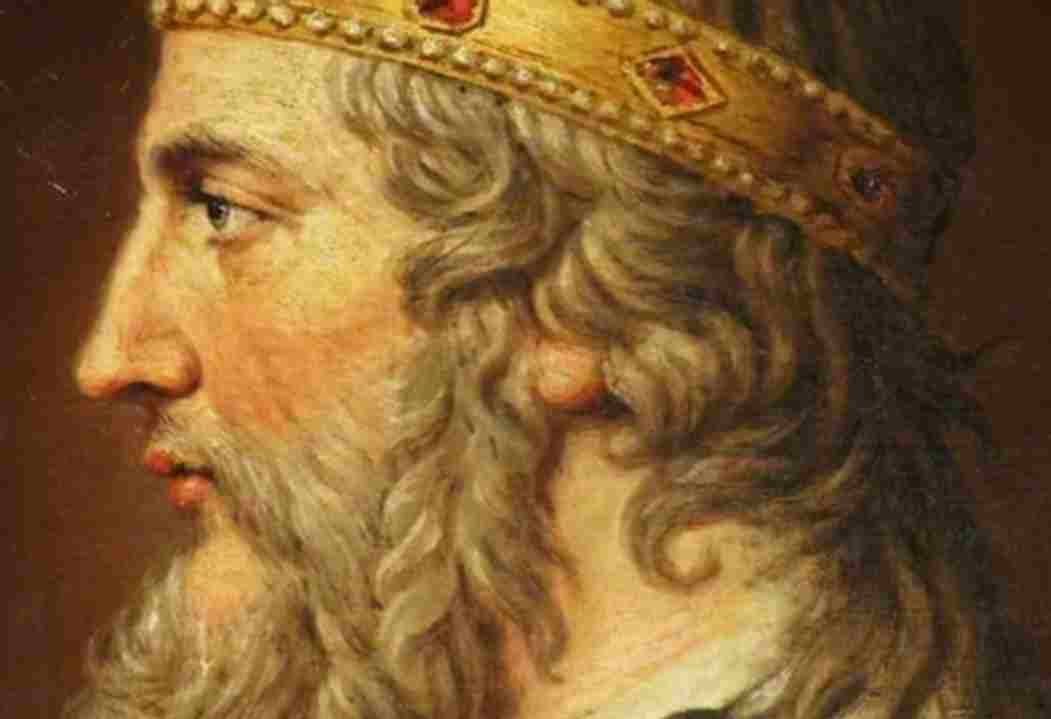 The only English king to have been called "The Great", Alfred of Wessex is of great importance in the history of the British monarchy. However, his body had been moved from one place to another. He was first buried in 899 in Winchester but moved to a new church built by his son Edward in 903-904. By 1110, his body was taken back to Hyde Abbey along with his wife and son. However, sometime after Henry VIII severed relations with Rome and the Pope, the monastery was destroyed and the tomb looted. Some claim they were moved back to St. Bartholomew's Parish Church, while others argue that 18th-century masons scattered the bones at the Hyde Abbey site.

There were several attempts to find the tomb, to no avail. Winchester City Council commissioned an excavation, but only one body of a woman was found. St. Bartholomew's commissioned 3 archaeologists to excavate an unmarked grave believed to be the last burial place of Alfred. The bones have been placed in a safe place pending further study. 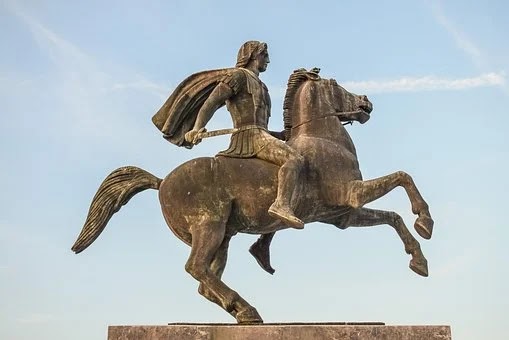 After leading a decade-long conquest mission from Greece to India, Alexander the Great died in Babylon in 323 BC. He was originally buried in a golden sarcophagus in Memphis, Egypt, then moved to Alexandria sometime between 293-283 BC. The military leader's tomb was treated roughly like a temple to a deity, with Roman emperors such as Caesar and Augustus visiting.

The tomb was also repeatedly looted. Caligula supposedly took his armored shield in the 1st century AD; Cleopatra allegedly took gold to finance the war against Augustus. The golden sarcophagus appears to have been melted and replaced with one of glass or crystal. Emperor Septimius Severus closed the tomb in AD 190. This did not make the tomb safe, as in AD 360 several events, including wars, riots, earthquakes and tsunami, threatened and possibly destroyed the tomb. More than 140 searches tried and failed; Most believe that the tomb is still located in Alexandria. 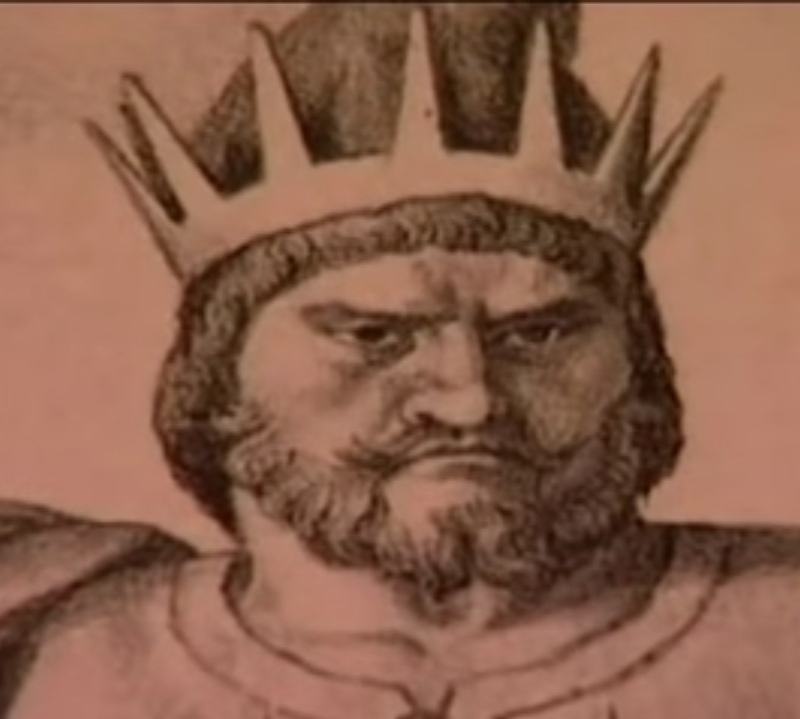 As ruler of the Huns, Attila established himself as one of the greatest enemies of the Roman Empire. According to the records, in 453, Attila died on his wedding night with blood flowing from his nose and mouth. Warriors honored his death with a day of mourning and it was said that they cut their hair and cut their cheeks to mourn his death with their blood. He was buried in three iron, silver and gold coffins, and like Genghis Khan, a river was diverted to hide the tomb, and whoever dug the grave to hide the place was killed.

In 2014, construction workers in Budapest claimed to have found his burial site - finding a room with human and horse skeletons, jewelry, and tactical gear - but it was soon refuted as a hoax. Although no trace of Attila or his coffin has been found, it is widely believed that he was buried in Hungary. 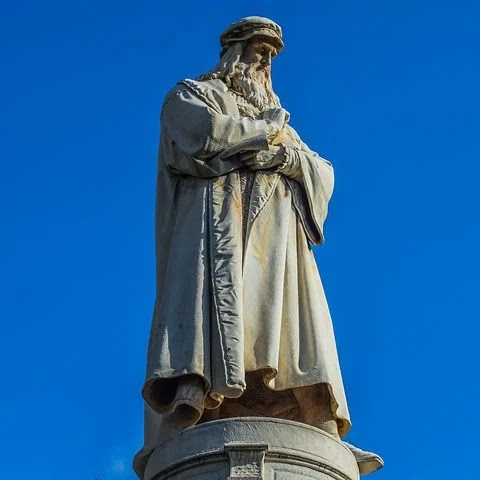 Da Vinci died at the age of 67 in 1519, presumably originally buried under a church that was later destroyed during the French Revolution. In 1863, an excavation found fragments of tombstones and the rest of some bones, presumably those of da Vinci. While his official resting place is the Amboise Palace, France, it remains unknown if these are in fact da Vinci's remains.

Scientists wanted to do a DNA test on the remains, but since Leonardo da Vinci did not have children, this presents a difficult problem. In 2016, Alessandro Vezzosi and Agnes Sabato identified the grandchildren of da Vinci's half-brother. There are plans to compare this DNA with a tuft of hair possibly made by da Vinci. 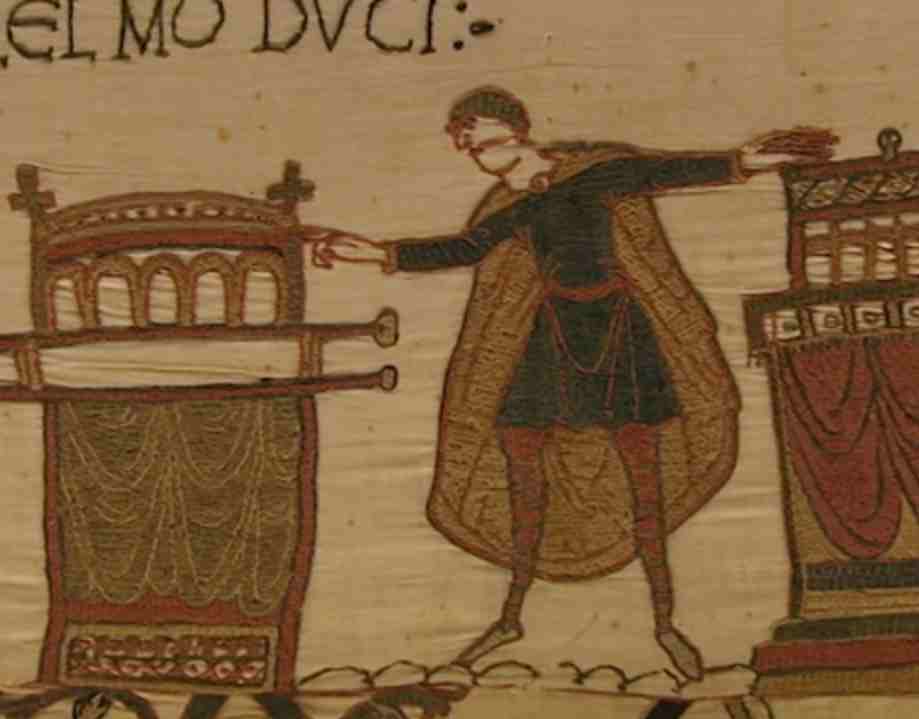 Harold II died in 1066 at the Battle of Hastings, where William the Conqueror fought. His body was allegedly so disfigured that only his wife, Edith Swancha (Swan Nick) was able to identify him. Supposedly, Harold's mother Getha offered William Harold's body weight in gold in exchange for the body so that he could bury a Christian. However, William the Conqueror refused because he did not want Harold's burial site to become a shrine to the Saxons.

While it's unclear what exactly happened to the body, Rosemary Nicolau of the Battle Abbey Museum said: "There are many stories including his mother finally getting the body or having it taken by monks to Walter Abbey, but nothing has been proven." In 2003, a request for a grave exhumation in Beausham Church was denied because the chances of the remains being identified as Harold II were too unlikely. 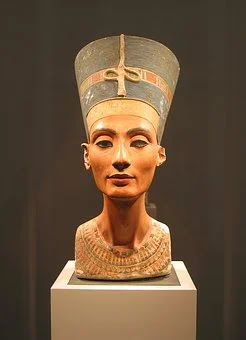 Very little is known about the Queen of Egypt, so archaeologists hope the finding of her tomb will shed some light on the mysterious royal wife. In the 1880s, a multi-chamber tomb, later called Amarna 26, was discovered in Amarna, Egypt. Archaeologists are confident that the tomb belonged to Akhenaten, the pharaoh of the Eighteenth Dynasty, and his daughter Mictatin. Although the tomb was damaged, it was clear that the third room had not been completed and that the inhabitant was unknown.

Some archaeologists believe this is due to Nefertiti, Akhenaten's wife, although there is disagreement. Archaeologist Barry Kemp stated that "nothing has been found in the tomb to suggest it contained burial equipment for it"; Therefore, it cannot be confirmed that this was her final resting place. With a large question mark hanging over Nefertiti and her true identity, the search for her tomb remains high on the list of hopeful discoveries for archaeologists.